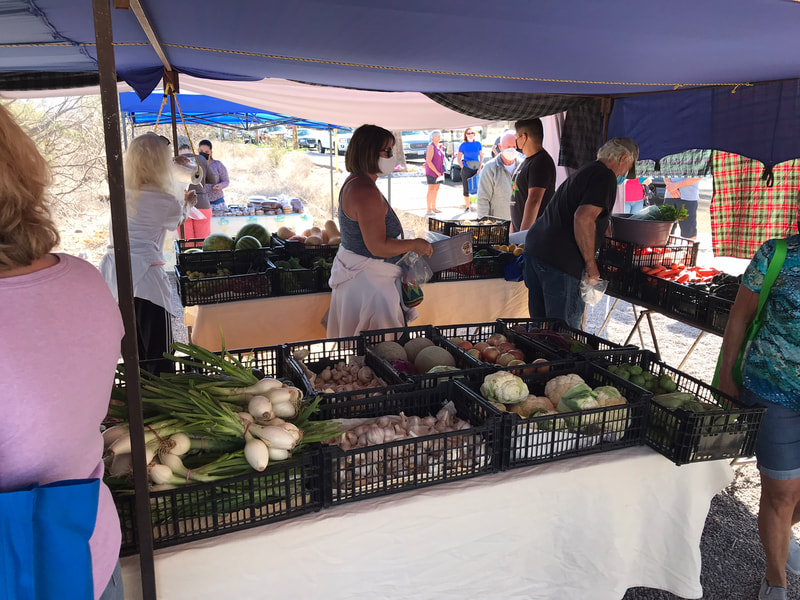 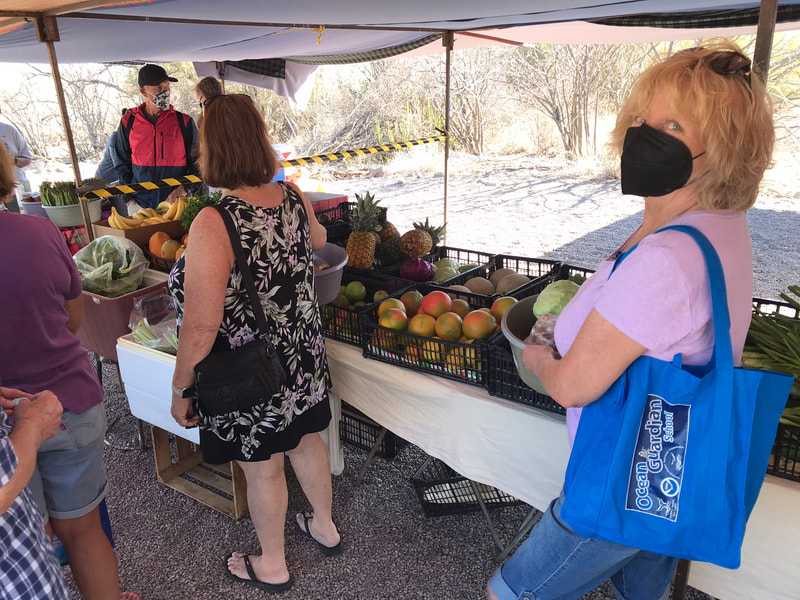 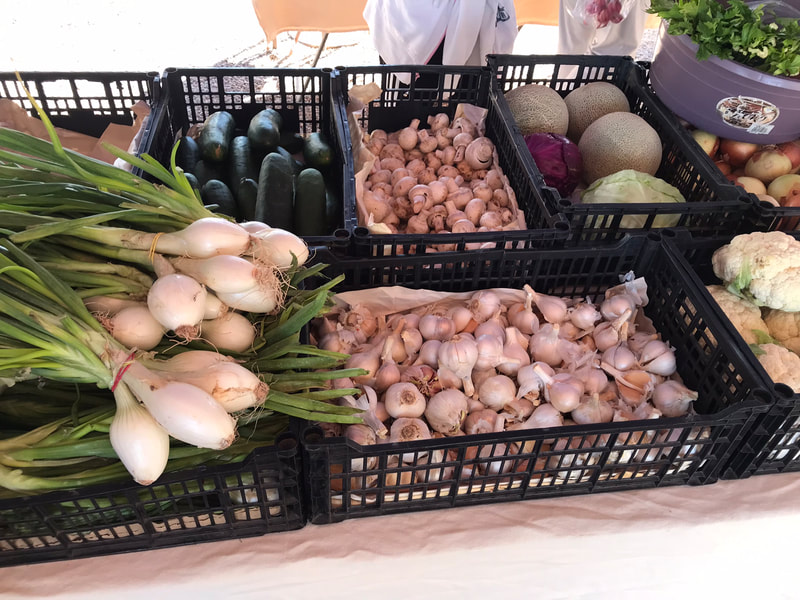 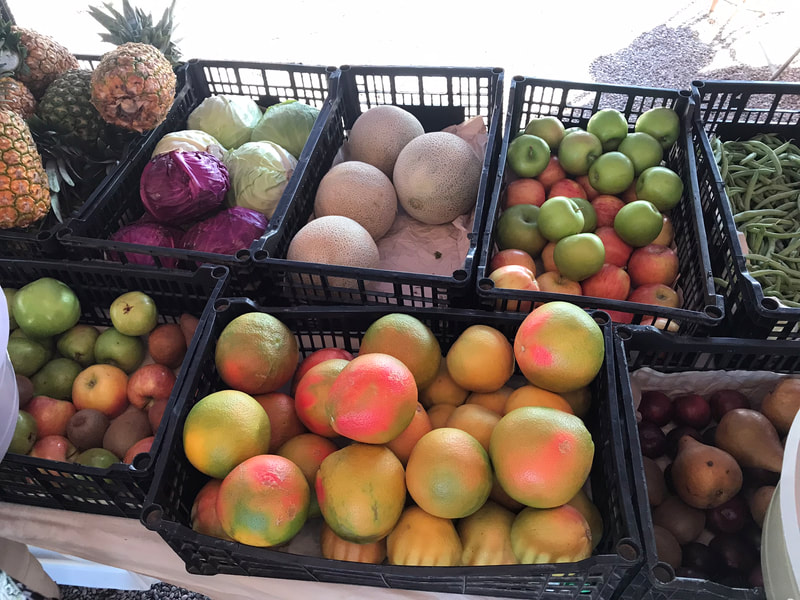 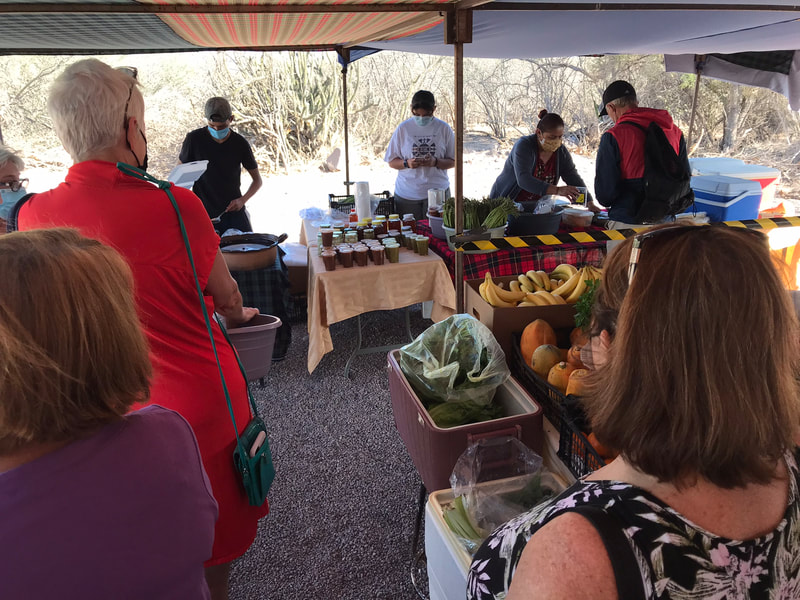 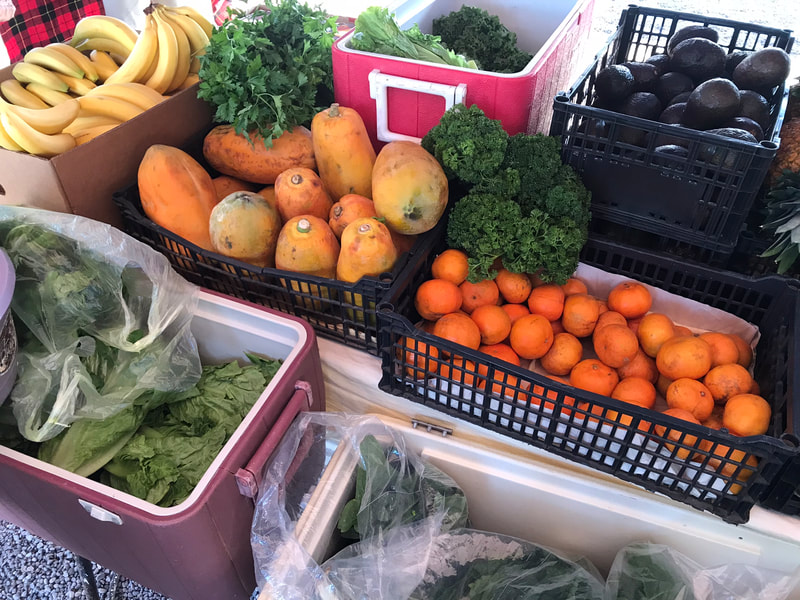 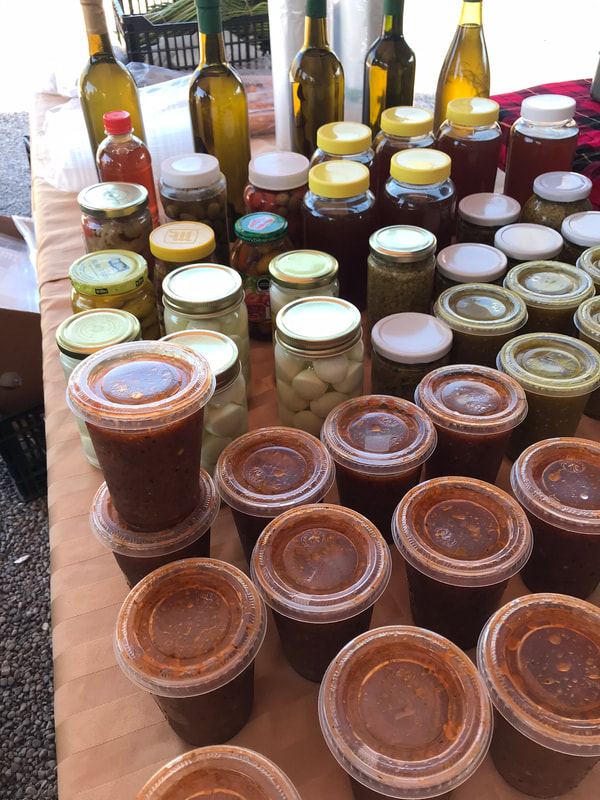 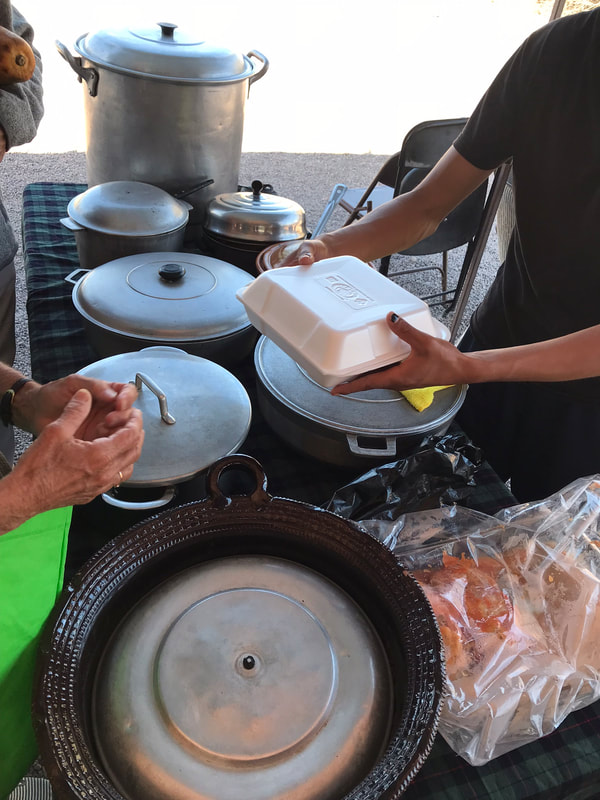 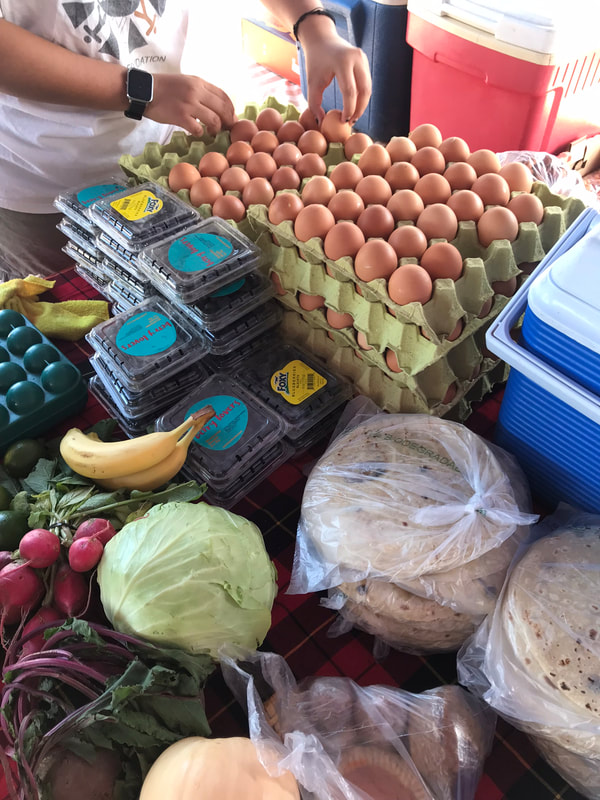 If you want to help please email me & I let you know. Thank you very much in advance!
ramonpmservices.gmail.com 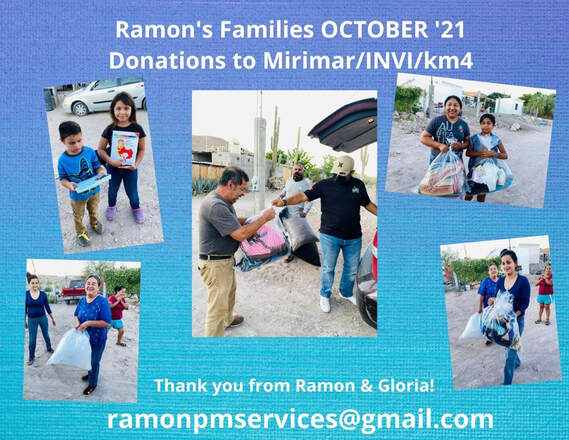 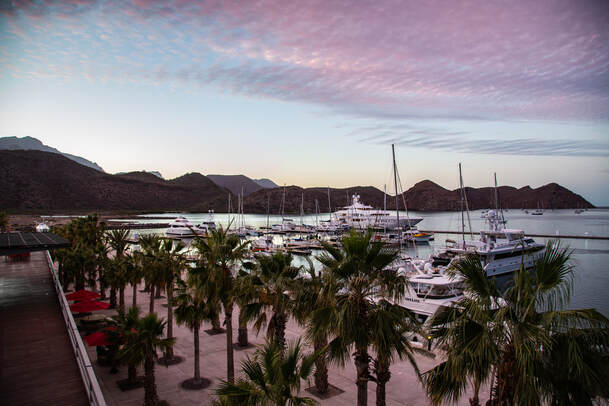 Know before you go!
Marine Fishing Regulations in Mexico are as follows:
Fishing licenses
Before fishing in Mexican waters all anglers must have a valid Mexican Sport Fishing License. This license covers all types of fishing and is valid anywhere in Mexico. You can purchase your license on line or often times from the local harbor master or mercado. I highly recommend purchasing your license online as often times in your smaller towns they may not be available.
A fishing license is also required for underwater fishing.
A fishing license is not required when fishing from land.
If there is fishing equipment on the vessel everyone onboard must have a license regardless of weather or not they are fishing.
Only one rod or line with hook is permitted in the water, per person, with a 3 hook maximum per line, treble hooks count as 1 hook.
About Bag Limits:
In ocean waters and estuaries the limit is a total of ten (10) fish per day, with no more than five (5) catches of a single species
Marlin, Sailfish and Swordfish and Shark of which only one (1) of each is allowed, and which counts as five (5) toward the overall ten (10) fish limit.
Additionally Bluefin Tuna, Dorado, Roosterfish, Shad, or Tarpon, of which only two (2) of each species are allowed, and which count as five (5) toward the overall 10 fish limit.
Fishing regulations are like this, The daily limit is ten fish per license holder.
Sounds simple enough but it get´s complicated when you start catching fish like Marlin or Dorado or Shark.
Examples of Daily Limit
• One Marlin and 2 Dorado or
• One Sailfish and One Marlin or
• 2 Dorado and 2 Roosterfish or
• One Sailfish and 5 Yellow Tail
• One Shark and One Marlin or
• One Marlin and 5 Amberjack
Mexican Law states, “There is no limit to the practice of "catch and release".
The fishing license allows you to capture only fin fish. Totuava, turtles and marine mammals are under protection of the Ministry and may not be captured at any time.
Have a great time and fishonn!
​LORETO BAY BAJA GOLF CLUB

LORETO BAY BAJA GOLF CLUB
BEGIN THE DAY – GOT GOLF TO PLAY
E-mail: golfloretobay72@gmail.com
“GAME with HOLE EVENT PRIZES”
*9 or 18 HOLES @ 9 am*
*Women-Men-Everyone Welcome*
* TUESDAY (9 Holes) LADIES*
* THURSDAY GENTLEMEN*
*FRIDAY (18 Holes) LADIES*
*SUNDAY: NINE-WINE-DINE*
GOLF 9 HOLES (#10) @ 2:00 PM
W(H)INE @4:30 & DINE @ 5:00
Relax - Join In - Scramble Games
SPECIAL MENU AND PRICE PLUS DRINKS
JOIN LBBGC:MEMBERS “ONLY” GOLF EVENTS www.loretobaybajagolfclub.com golfloretobay72@gmail.com
"Volunteers Needed​"
The HOA always has opportunities for Owners to get actively involved with one or more of our many committees. If you have an interest in sharing your skills and your time, we would welcome your participation. Currently we have vacancies on our Communications Committee, Contracts Committee, and Design Review Committee, which we would like to fill before the end of the year. For further details, please contact Cannon Wood at cannon.wood@associamexico.com.
Get involved, our community thrives because of our volunteer support!
Loreto Magical https://www.keeploretomagical.org we want to make sure that producers of the Sierra La Giganta,
Bodega (Walmart) and Ley (Safeway) are going to be okay during these changes.
(Pescador and Big Mart are locally owned businesses by Familia Amador). 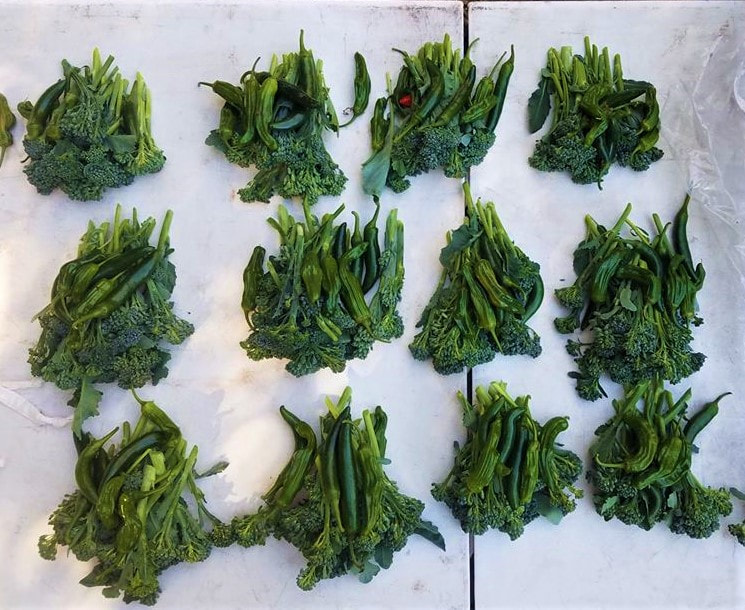 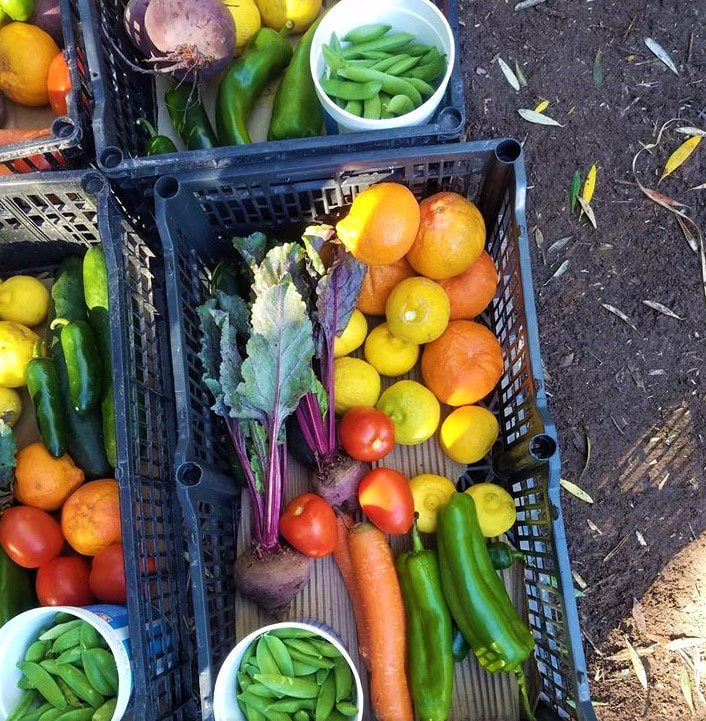 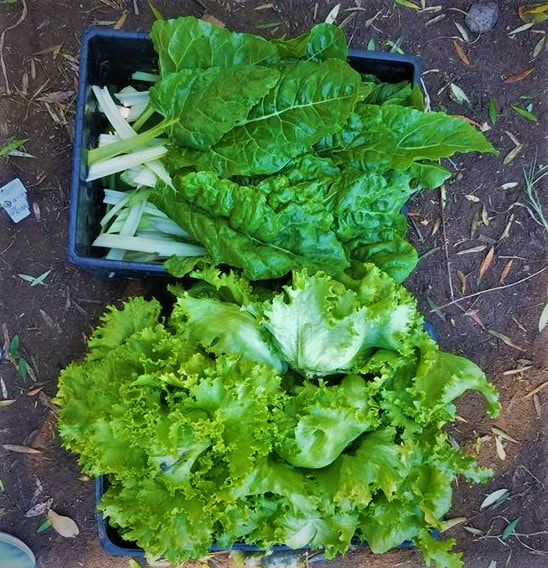 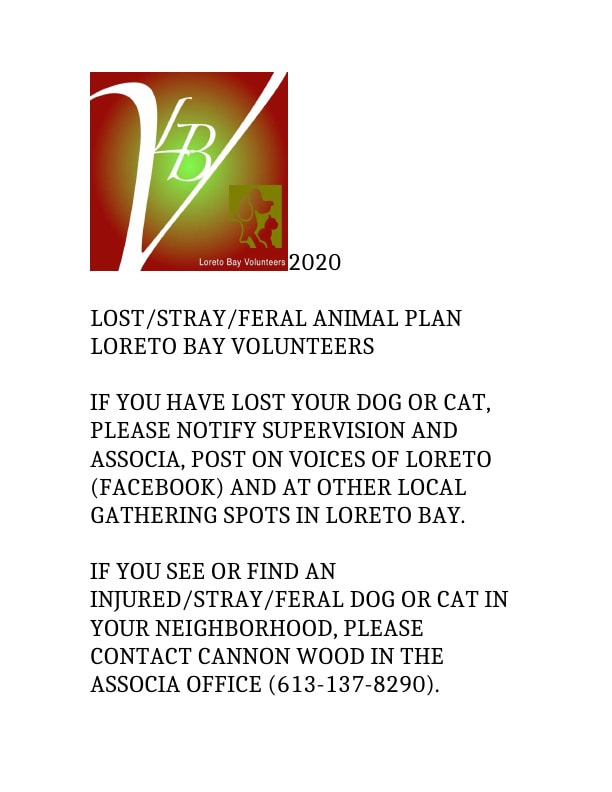 Loreto's Downtown Marina off the Malecon
We’re excited to announce the release of the summer issue of Coming Home by Associa - our free,
​bi-annual digital magazine developed by our community living professionals.
Check out the Facilities that we all help keep up!

Golf cart registration:
It is now the rule that all golf carts operated within the boundaries of Loreto Bay must now be registered.
​To comply with this rule, golf cart owners will need to come by the office and register their carts and obtain two small stickers to be placed on their golf cart, one on each side.  These stickers will have a number and a small Loreto Bay emblem.  Numbers are randomly assigned so that they do not provide any information about the owners other than to the Association.

This program is being undertaken to assist with the administrative burden of identifying cart owners when Administration needs to contact them.  The number of carts in our community is growing dramatically and it is getting more difficult to tell them apart.  Information will be captured in Town Square which will have a separate field for it.
Welcome Back Party 2018 photographed by Al Graichen
Diversifying Mexico’s Export Markets
​Creator of Nopolo News is Kaz Check out the Facebook site for you FB people ​facebook.com/nopolonewsdotcom/
​If you want a listing on Nopolo News   https://www.nopolonews.com/posting-info.html
Try our Facebook site & post anything  ​facebook.com/nopolonewsdotcom/

​Si desea una lista en Nopolo News https://www.nopolonews.com/posting-info.html
Pruebe nuestro sitio de Facebook y publique cualquier cosa en facebook.com/nopolonewsdotcom/
Save The Planet, Starting With Loreto Bay
Are you passionate about this planet?   Do you believe in “think global, act local”?  Then this is your chance!

As we mentioned in our last newsletter, Fonatur, the department of the Mexican Government
responsible for tourism, has partnered with an international consulting group called
EarthCheck, an Australian company that promotes sustainability initiatives. EarthCheck
evaluates the performance of cities in moving towards sustainability goals
in many different areas from recycling to safety issues.

Nopolo, which includes Loreto Bay, is one of only three cities in all of Mexico that have
received international certification from EarthCheck.  We in Loreto Bay want to make sure
that we continue to receive this important certification, not only for the obvious benefits to
the environment, but also for the benefits to our community of increased tourism and
the support of Fonatur in maintaining and developing this area.

As part of this program, cities need to continue progressing in their initiatives each year
and are audited on their performance.  Fonatur has approached Loreto Bay and asked
for our assistance in documenting the progress that is being made within our community.

As you know, our trash collection has always been sorted into three separate bins:
Black for trash, Blue for recycling and Green for compostables.  Many people have
expressed skepticism that the sorting process goes any further than that, but you will
be pleased to know that it does!  As part of this documenting process, it has been
confirmed that after Trash is picked up from the sorting bins at the houses and taken
to the Trash collection truck, a separate employee (his name is Ramon) opens every bag
and sorts through them, further sorting out plastics, organics, aluminum and
trash waste. This is then separately bagged in the back of the truck with recyclables set
to one side.  At the end of the day, the trash truck drops the recyclables back at the staging
area and takes the trash to the dump.  The recyclables are taken to the recycling facility
a few times a week, depending on volume.  Weekly reports are provided to Eduardo
tracking the volume of each type of waste material.

The bad news is that recently, we have not been doing very well.  Look in almost any of our
bins and you will see a sad assortment of mixed-up trash and unfortunately, it only takes
one bag of wet garbage to contaminate a whole bin full of recyclables.  We can do better!

Let’s all make a vow to make Ramon’s job a little easier and be more diligent in our
household sorting.  When trash and organics are mixed in with recyclables,
the end result is all just trash. Here are a few tips:
Organics are also collected and sorted.  You can put your organics(verduras)in bags
as the bags are opened and then discarded.Glass is trash. Sad but true,
so put it in the black bins Soiled cardboard is trash so put your pizza boxes in the
black binsWash out milk cartons and other recyclable containers.
They cannot be recycled if they are dirtyRinse out aluminum cans before recycling
them – apart from anything else, it discourages flies. Want to help?
If you have a passion for the environment and would like to support our Loreto Bay
efforts, please consider volunteering some of your time to this worthy cause.
Don’t worry, we won’t put you in the truck with Ramon, but we do need people to
help us to co-ordinate and improve our efforts.  We would like to form a 4-5 person
committee to work with the HOA and with the other Nopolo groups, to ensure that we
keep our certification and take it to a higher level.

This is an incredibly exciting opportunity for us to further our sustainability
goals and to encourage other Mexican cities to follow our lead.  We will be
posting more information as we have it on our website, www.LoretoBay.ca, so watch
for it there and remember, Reduce, Re-use and Recycle.
Proudly powered by Weebly