Mexican Fishing Licenses Mexican law requires that ALL people on a boat that has any fishing tackle
aboard have a current Mexican fishing license. This includes young children. If you’re old enough
to hold a pole, you need a license. Fishing licenses are sold by the day, week, month or year.
A yearly policy begins the day it is written and expires a year later from that date. It is not a
calendar year as it is with U.S. fishing licenses.
A Mexican fishing license is not required if you are just fishing from the shore.
To apply for a non-commercial sportfishing license, complete the application, and return to
Discover Baja by email, fax or mail along with payment.

For Images or Additional Information
That Baja Guy -Gary Graham thatbajaguy@gmail.com Cellular (760) 522 3710
May 14-16, 2021
That Baja Guy -Gary Graham thatbajaguy@gmail.com
Cellular (760) 522 3710
May 14-16, 2021
The recent Marina Puerto Escondido Tournament highlights Loreto’s Sportfishing as 30 teams traveled to the iconic, peaceful, Loreto area to compete during the 2nd annual MPE 2-day offshore event. Coincidentally, this was the first big gamefish tournament of the 2021 Baja Sur season.
Hosted by the newest marina on the Baja Peninsula located just 15 miles south of Loreto, it accommodates mega-yachts up to 200-feet. Owners Inmobiliaria JEP and Hamann companies have completely revamped the marina with state-of-the-art slips, amenities, and premium services.
Ideal spring weather greeted the participants, comprised of both local and visiting teams, who met to match their skill and knowledge, mixed with a little luck if need be. The fishing area featured the productive waters of the Bahía de Loreto National Park and the area surrounding the Marina Puerto Escondido. The fishing grounds lived up to their reputation as being one of the most prolific in the Sea of Cortez.
On Day One, the sight of 30 Teams and their boats, ranging in size from 20-foot Mexican Pangas to an 80-foot sport fisher all jockeying for position before the flare gun start, reflected the diversity of the participants. As the flare sailed across the sunlit sky, the fleet accelerated. It was clear some took the inshore challenge of the big yellowtail seriously. Others headed east offshore in search of dorado and billfish. With poor radio reception, it would be late afternoon at the scales before the Teams' success or failure could be revealed.
Following COVID-19 protocol, face masks were always to be worn and social distancing of six feet of spacing between every person was to be in place throughout the event. Only the angler and their catch could come to the scale, eliminating team photos!
Team Marmakos on Allure was first to the scale with a 31.1-pound yellowtail which was caught in the first hour of fishing. Hunter, San Diego Ca., marveled, “All we caught were cookie-cutter fish like this one.”
Later during the Saturday night awards, Rebecca Ehrenberg, Pisces Sportfishing, riding aboard La Chingona confided that they had found a bunch of marlin and managed to release seven for the day.
On Day Two, as teams gathered at the start line, the winners from the first day had already received their rewards and were buoyed with the confidence of winning. The remainder of the fleet was fueled with determination to not let their second chance to be in the winner’s column be wasted.
That afternoon, teams straggled in after two busy days of action, hoping to be the team with the most releases or the most dorado and yellowtail to weigh in.
The total numbers for the event included 61 dorado brought to the scale, as well as 34 yellowtail. In the release division, 61 billfish released were during the event. 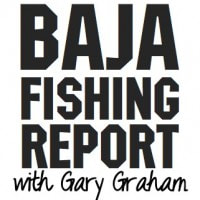 April 2021 Baja Fishing Report
Gail warnings and frigid water temperatures seem to be a familiar litany from the U.S. border down to Bahía Asunción, and this should be remembered as April sashays in.

​At Ensenada, the fleet has been scoring yellowtail and barracuda along with some exceptionally large bonito on good weather days – a welcome prognosis of better days coming.
Most of the yellows are coming on yo-yo iron while dropping down on sonar marks all around Todos Santos Island. These yellows are running mainly in the 5- to 15-pound range.
Reports are that most of the bonito are bigger than the yellows! They are also picking away at the barracuda that are found under bird schools, most of which are in the bay in the lee of the Island. Surface iron and cast Colt Snipers are working but others are scoring some of all three by slow-trolling mag Rapalas around. This is a common tactic by pangas here in this area. If you want rockfish, there are plenty at the San Miguel Reef to the north of Todos Santos Island. 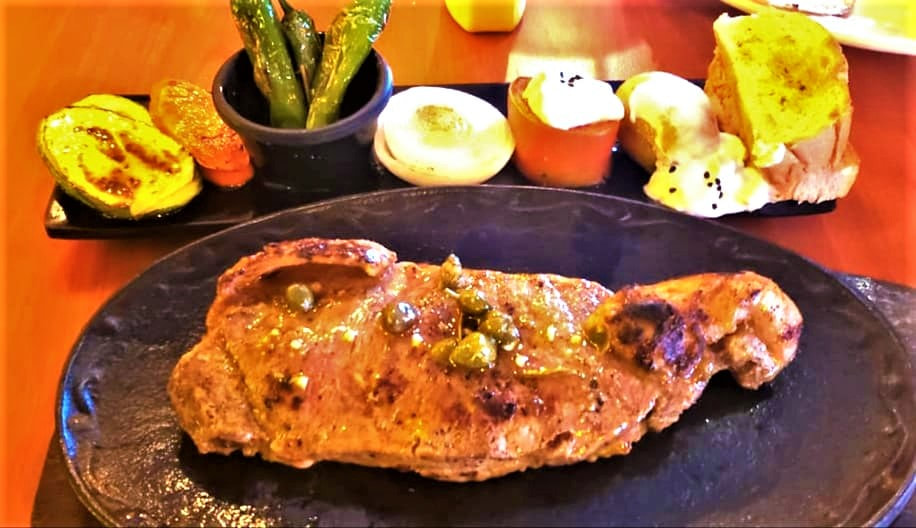 At the Coronado Islands’ Rockpile, twelve- to twenty-pound yellowtail have been biting, despite the intermittent howling winds. JRI 66 yo-yo iron is the ticket, and the color doesn’t matter much – blue/white, scrambled egg, mint, and red crab colors are all working. However, about 10% of the yellows are coming on the dropper loop sardine, but you should still fish for them with 40- to 50-pound tackle and yo-yo iron. Most of the yellows are being caught in the morning hours with only a few being taken later. Excellent rockfish action is filling in when the yellows slow down.

From San Quintín, down the Pacific Coast to Bahía Asunción, expect lingcod and grouper, along with other bottom fish, to dominate the catches along with a few yellowtail, and perhaps a few halibut, as well as corvina from shore. 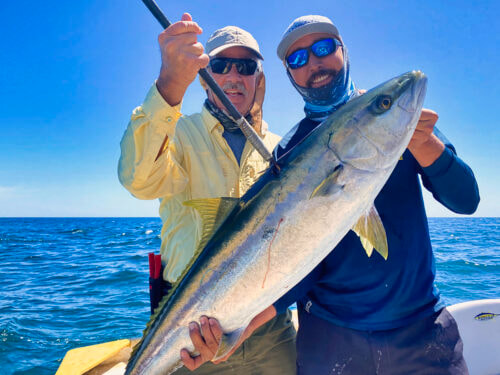 ​On the Sea of Cortez side, Gonzaga Bay’s “Grope a Grouper” season is well underway as local and visiting guides dazzle visiting anglers with some monsters mixed in with a variety of other bottom dwellers.

​Down at Bahía de Los Ángeles, the spring yellowtail bite continues to improve as the north winds begin to subside. Visitors are scoring limits of medium-sized yellowtail, and those who are bottom fishing for red snapper limits up North are common for many to the 200-foot depth.
Down the road from Mulegé to Loreto, the waters are teeming with lunker-sized yellowtail. In Bahía Concepción, there were reports of yellows feeding voraciously on sardina on the surface. 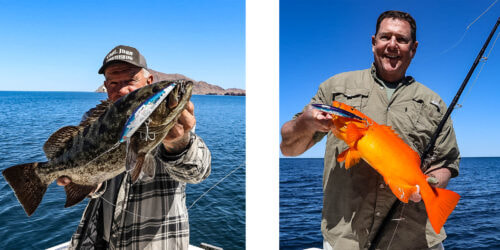 ​In Loreto, hungry yellowtail are an item along the northwest side of Carmen Island. From La Cholla to Lobo there have been diving birds and boiling fish. Surface action has been spotty except for the few boats that could get to the spots when the fish were still foaming on the surface.
Bottom live bait action for 20-plus pound fish put at least “one yellowtail on every boat!” Iron was working on all sizes of yellows and some 15-pound class cabrilla fell victims as well.
(Bring back-up terminal gear in this area because the bottom structure is super sharp, and the big yellows will pull you past their favorite rock!) Everything seems to point to a banner yellowtail bite, as well as an outstanding cabrilla bite in April, and don’t be surprised if a few small roosterfish show as well. 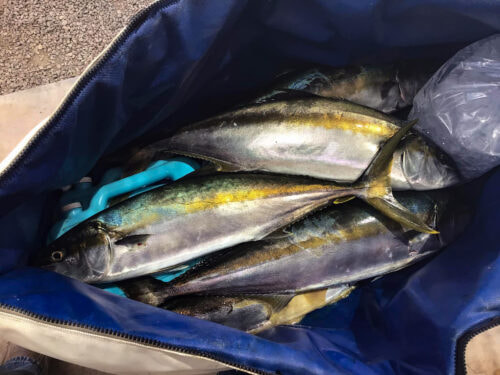 In Loreto, hungry yellowtail are an item along the northwest side of Carmen Island. From La Cholla to Lobo there have been diving birds and boiling fish. Surface action has been spotty except for the few boats that could get to the spots when the fish were still foaming on the surface.
Bottom live bait action for 20-plus pound fish put at least “one yellowtail on every boat!” Iron was working on all sizes of yellows and some 15-pound class cabrilla fell victims as well.
(Bring back-up terminal gear in this area because the bottom structure is super sharp, and the big yellows will pull you past their favorite rock!) Everything seems to point to a banner yellowtail bite, as well as an outstanding cabrilla bite in April, and don’t be surprised if a few small roosterfish show as well.
In La Paz, the locals are declaring it the best yellowtail season in years. With fish scattered in several hot spots, yellowtail from 10- to 40-pounds were schooling up and chomping live bait, trolled lures, and yo-yo stick jigs.  Fish were stacked up at the north end! Island.
They were also caught as close as the rocks right outside of Bahía Muertos between Punta Perrico and the Punta Arenas Lighthouse.  On top of that, they came up foaming around Espiritu Santo Island for the first time this year.

Plus, there are big cabrilla in the area biting the jigs, live bait, and trolled Rapalas.  Dogtooth snapper, up to about 20-pounds, were also bending rods plus big schools of tasty white, hard-fighting bonito, jack crevalle, and even the occasional dorado.  An angler also got the first marlin of the season while jigging for yellowtail.


At East Cape, the few boats fishing were heading up to Muertos. In addition to yellowtail, they were treated to a variety of fish, including white bonito, pargo, cabrilla, and skipjack from the same area.
Dorado have also become more frequent catches being taken on live sardina while anglers were fishing for yellowtail.  Also, some offshore, schooling dorado in the same area were willing to take the trolled ballyhoo.
Outside of Punta Arena, several boats in the area released striped marlin and saw tailing wahoo.  There were a couple of 50- to 100-pound yellowfin tuna caught on live bait in the same area. The water temps have begun to creep up and with the warmer water, the pelagic fish have started to move in.
​At Marina Puerto Los Cabos, the fleet fishing inshore caught a mix of sierra, snapper, jacks, and roosterfish, as well as on the various rocky high spots throughout the zone. Drift fishing while using various bait and yo-yo jigs produced a large variety of species, with more bonito than anything else; the largest species being caught was a mix of Amalco jacks, yellowtail, and various grouper. There were several yellowfin tuna caught recently, ranging from 20- to 80-pounds. Plus, there have been reports of striped marlin scattered farther offshore.
Cabo San Lucas had a flurry of swordfish as March ended. All were caught on the surface using either live bait or fresh dead green jacks. All of them were on the smallish size.
Other billfish catches have also improved, although the marlin have been hard to land. Getting them to take cast mackerel or trolled ballyhoo has been challenging. Other species caught have been mainly roosterfish, sierra mackerel, red snapper, grouper, and triggerfish. 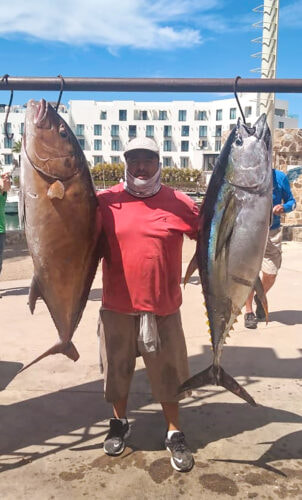 With more than five decades of fishing experience – from light tackle and fly to offshore billfish – Gary Graham has experienced all aspects of fishing in the Southern California and Baja waters. His observations of species behavior, tackle and techniques are always from his unique perspective, earning him the respect of his peers as well as anglers who eagerly follow his Baja reports and features.
Gary maintained a home at East Cape in Baja Sur for more than 18 years and still spends nearly half of each year exploring the entire peninsula in his self-contained Roadtrek van.  He observes everything Baja, from the mysteries of a tide pool on a deserted Baja beach filled with tiny sea creatures to the largest billfish in the sea.
Proudly powered by Weebly